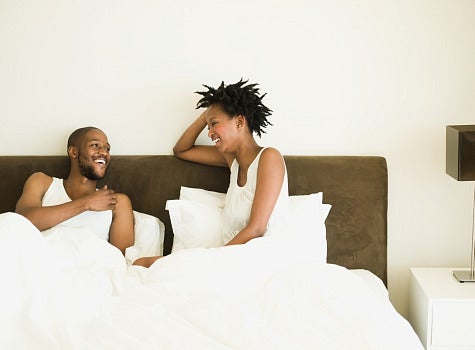 We have many names for it: “Friend with benefits,” jump-off, lover–you know, when you’re involved with someone, with no strings attached. With the dating market so tight these days it’s not surprising to learn that folks are turning to non-romantic relationships for some sexual healing. Even recently-divorced actress Stacey Dash turned up the heat when she recently told a Chicago radio station that she and Jamie Foxx were in fact “friends with benefits.” Of course the idea of ‘hooking up’ for a non-romantic rendezvous is nothing new to two consenting adults, but a new study out of the University of Iowa says couples involved in the arrangement may be getting way more than they bargained for. The study concludes that friends involved in “FWB” situations increased their likelihood of contracting STD’s because they’re often involved with multiple partners. In other words, no exclusivity here. Researchers found that of the 783 adults surveyed in the Chicago area, one third of sexual relationships lack exclusivity, and one in 10 men and women said that both they and their partner had slept with other people. The study concluded that “being involved with a friend increased the likelihood of non-monogamy by 44 percent for women and 25 percent for men.” “The United States has seen a major shift toward nonromantic sexual partnerships — people becoming sexually involved when they are just casually dating or not dating at all,” said UI researcher Anthony Paik. “People can make their own choices, but we hope this information will be useful as they weigh the risks and rewards of non-romantic sexual relationships,” Read More: