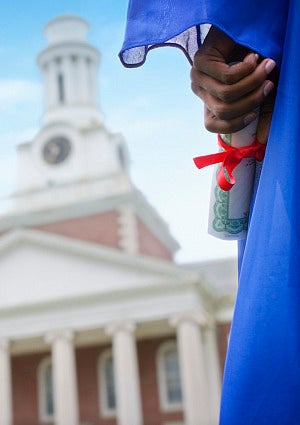 A University of California San Diego fraternity is under fire for hosting a party for Black History Month, with a cheap and highly offensive twist. There were no history lessons at the “ghetto-themed,” “Compton Cookout,” which urged all attendees to “wear chains, don cheap clothes and speak very loudly,” reports the San Diego Union Tribune. An invitation to the party read, “For those of you who are unfamiliar with ghetto chicks–Ghetto chicks usually have gold teeth, start fights and drama, and wear cheap clothes…” Less than two percent of students at UCSD are Black. An official from the university told the Union Tribune that because the party was not sanctioned by the school, they had no reason to take action by penalizing the fraternity. “We were distressed to learn that over the weekend an offensively themed student party, mocking the commemoration of Black History Month, took place off campus,” a statement from the campus chancellor, Mary Anne Fox, read. “We strongly condemn this event and the blatant disregard of our campus values.” Read More: