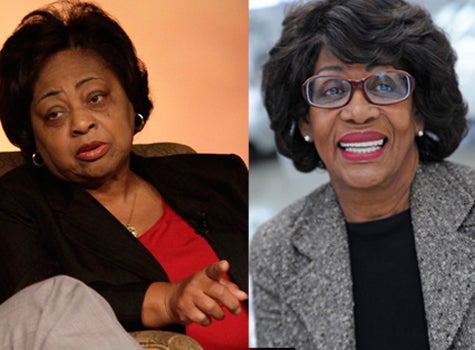 What was meant to be a segment on ethics charges against Congresswoman Maxine Waters turned into yet another racial gaffe for Fox News. Instead of showing footage of Waters, producers for “On the Record with Greta Van Susteren” ran two clips of Shirley Sherrod instead, reports the Huffington Post. The common refrain “Black people look alike” somehow comes to mind though host Greta Van Susteran says she is “sick” over the mix-up. Van Susteran took to her blog to apologize for the mistake. “OOPS…we’re so screwed up on this one and we are sick about it,” she wrote. “Right now we are trying to console ourselves with the fact that, while we did a doozy of a mistake, at least it was unintentional, we noticed it immediately and scrambled to fix it immediately,” she wrote. Media Matters notes that this isn’t the first time Fox has had a problem telling African-Americans apart. In 2006 the network aired footage of former Tennessee congressman Harold Ford, Jr. during a story on then-Senator Barack Obama. In 2007 the network mixed up Rep. John Conyers with former Louisiana congressman William Jefferson.