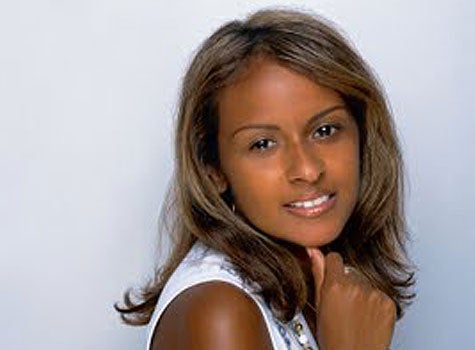 In Detroit, the tough economy has prevented some residents the privilege of burying their loved ones. Dead bodies are bagged and tagged individually in black plastic bags in the Wayne County Medical Examiner’s refrigerated storage rooms. They are “stacked like shoe boxes,” an image that haunts Shanti Das.

One night while working late, Das, a former Motown Records executive, remembered she had not read the daily financial news. She clicked on CNN Money and saw the headline, “Detroit: Too Broke To Bury Their Dead,” followed with an image of the bodies.

“I was thinking there is something really wrong with this picture,” says Das. “That’s when I immediately wanted to help.”

The same night: she came up with a nonprofit organization, “May WE Rest In Peace,”  that helps bury deceased residents in Detroit whose families can’t afford a proper burial.  The same night: she wrote to friends and family, a four paragraph e-mail using all caps in some lines saying “I NEED YOUR HELP” signing off  “Hear My Cry”. The next morning: she went to her local UPS store and got a mailbox, so people could immediately send donations.

May WE Rest In Peace was launched in early October of 2009. Contributions poured in from Busta Rhymes, Kid Rock Foundation in the name of Detroit Clothing Company and Akon, as well as other charitable friends who helped Das raise $20,000, the cost of covering 26 burials. She raised $5,000 from October to November and buried six people. Then raised an additional $15,000 from November to December totaling to $20,000 covering 26 burials.

About 3,700 corpses each year end up in the Wayne County Medical Examiner’s office in Detroit. The cost to cover unclaimed bodies is $750. The state pays $585 toward each burial and the balance due can take weeks or even months, according to the Associated Press. “In the meantime, those bodies are piling up in a freezer at Wayne County’s morgue,” says the morgue’s chief investigator, Albert Samuels to the Associated Press.

“I wanted to give some people the opportunity to visit their loved ones.” says Das. “A body bagged in a freezer is not the best situation to visit and reflect, as opposed to going to someone’s gravesite.”

Perhaps the urgency to help these poor Detroit families was because the subject struck a personal chord for Das. “I thought about [the story] my own mother told me about how she struggled to pay for the burial of my father,” she says.

The number of unclaimed corpses at the Wayne County morgue is at a record high, having tripled since 2000, according to CNNMoney.com.

“I hope ESSENCE readers will open their hearts. No donation is too big or small,” says Das.

For more information on May WE Rest In Peace