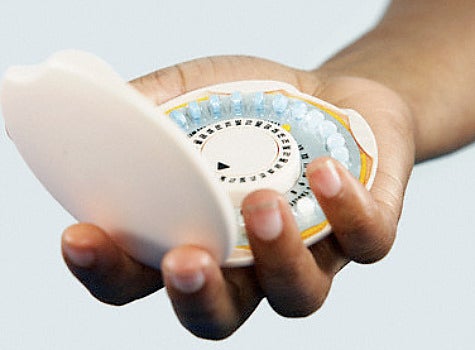 On the heels of the birth control pill’s 50th Anniversary, let’s take a look at how the Pill has revolutionized the female experience. Despite major opposition from the Catholic church, the Food and Drug Administration approved the birth control pill in May 1960. It was the first drug to be given to patients who weren’t actually sick. By 1965, 6.5 million American women were on the pill. By 1967, that number had nearly doubled to 12.5 million–talk about sweeping the nation. Accepting the birth control pill was more complicated for Black women. In the 1960s and 1970s, thousands of poor African-American women on welfare were intimidated into accepting sterilization (surgery that prevents pregnancy), threatened by the loss of their benefits if they did not consent. A number of Black leaders opposed the birth control pill, including Marcus Garvey who called it a form of “race suicide.” However, other leaders like W.E.B. DuBois backed the Pill, recognizing it as a form of liberation and empowerment for Black women. The Pill allowed for more women to enter the work force than ever before. By 1982, 60 percent of reproductive-age women in the U.S. were employed. By 1984, an estimated 50 to 80 million women worldwide were on the Pill. Women also gained more autonomy over their sexuality with the female condom, introduced in the 1980s. With the 1990s came new advancements, like the controversial morning-after pill, which delivers a high dosage of hormones meant to delay ovulation and prevent conception if taken within 72 hours of unprotected intercourse. In 1998, the FDA approved the Depo-Provera or “the shot,” a long-acting hormonal contraceptive that is injected every three months. The new millennium brought the NuvaRing, a low-dosage contraceptive vaginal ring, FDA-approved in 2001. Upping the contraceptive ante, in 2005 the FDA approved the Intrauterine Device system, a T-shaped device that is placed in the uterus that prevents pregnancy and treats heavy periods. IUDs can remain in the uterus for up to five years. These days, many American women are focused on loosening the regulations for obtaining the pill and other forms of hormonal contraception. While patients still need prescriptions to receive regular birth control pills, rings, IUDs and shots, women age 17 and older can purchase the morning-after-pill over-the-counter. Activists believe that the pill should also be accessible to young women who may not have access to a doctor or a prescription. Today, an estimated 100 million women around the world use the Pill. After 50 years, advancements in hormonal birth control continue to make headlines and incite controversy. We’re interested to see what is coming next.
Loading the player...