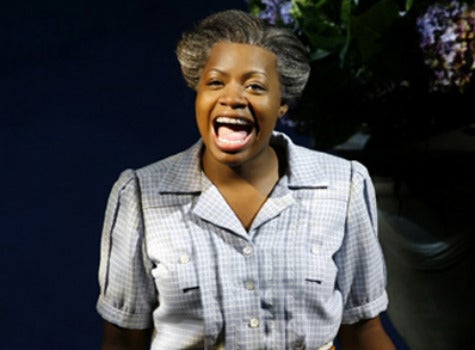 This week, Fantasia heads back to the stage to reprise her role as Miss Celie in the Hollywood production of “The Color Purple.”  The show, which runs through February 28 at the Pantages Theater, got us to thinking about the nearly 30-year journey of Alice Walker’s literary masterpiece. Published in 1982 and awarded the Pulitzer Prize a year later, “The Color Purple” tells the story of Celie, a simple, Southern woman who wants nothing more than to find some peace in her impoverished life and be reunited with her long-lost sister and two children. In 1985, the book was adapted into an Oscar-nominated film, which was directed by Steven Spielberg and starred Whoopi Goldberg, Danny Glover and Oprah Winfrey, who surprised us all with her spirited turn as the ever-fiesty, Sofia. In fact, it would be Winfrey who’d carry “The Color Purple’s” torch, transforming the big screen version into a musical. In 2005, twenty years after the film opened, “The Color Purple” hit the Broadway stage with LaChanze in the role of Celie. After earning a Tony Award for her efforts, she handed the reigns to Fantasia, who would make the role her own when she debuted on Broadway in the spring of 2007. As the stage show continues its national run, we have a feeling that “The Color Purple” will remain as vibrant, and relevant, as ever. Read more: