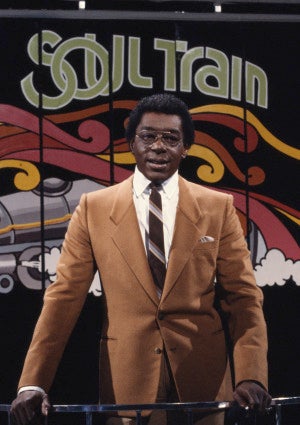 Maybe you’ve caught a glimpse of the show on Youtube or while watching “Crooklyn.”  Or perhaps you remember sitting in front of your television set, every Saturday, to see who was wearing what and how they grooved down the Soul Train line. Either way, we doubt that many people know the real story behind one of the longest-running, syndicated shows in television history. This year marks the 40th anniversary of “Soul Train,” which premiered on Chicago’s Channel 26 on August 17, 1970, led by its conductor and creator, Don Cornelius. The show was a hit from the start and by the following fall, “Soul Train” would make its national debut, from Hollywood.  A former journalist, Cornelius had the idea to create a Black version of “American Bandstand” and by a stroke of luck, he assumed ownership, from the very beginning, making him one of the first African-Americans to own a television show. “To get on the show was a big deal,” recalls Grammy-winner and former dancer, Jody Watley, who is, by far, one of “Soul Train’s” most successful graduates. “It was a task to become a regular dancer and watching this documentary brought back great memories and a sense of pride. It is a reminder of an era when we were Black and proud and the music was great. I feel very blessed to have been a part of it.” Speaking of the dancers, Fred “Rerun” Berry, Patricia Davis, Damito Jo Freeman, Rosie Perez and Jeffrey Daniel (Watley’s Shalamar co-hort and creator of the “blackslide” a/k/a the Moonwalk) are credited as the foundation of the show. Cheryl Song, the woman often identified as “the Asian girl,” is also featured. Complete with performance clips of Gladys Knight & the Pips, the O’Jays, Stevie Wonder and Sly & the Family Stone to James Brown, Aretha Franklin, Curtis Mayfield and Snoop Dogg, the documentary chronicles the show’s 35-season run from its early, soulful days through the disco and hip-hop eras. The music, dance and fashions of yesteryear were always on-point, but nothing beats watching Don Cornelius take his one, and only, trip down the Soul Train line. “Soul Train” was, indeed, the hippest trip.
“Soul Train: The Hippest Trip in America” airs tomorrow on VH1 at 9:30pm ET/PT. Read more: