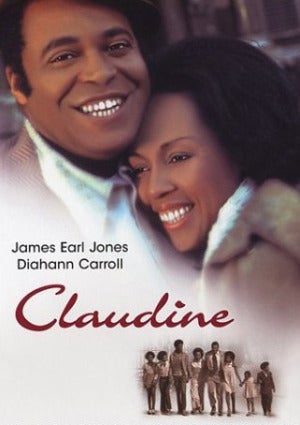 The year was 1974. The place was Harlem–139th & Edgecombe Ave. to be exact. That’s when, and where, the story of 36-year-old Claudine Price unfolds. A single, working mother of six, Claudine was just trying to survive and keep the ends met (with a little backdoor assistance from the system, shhhh!) when a man named Rupert “Roop” Marshall crossed her path. He was single, too, and had a handful of issues of his own. From the moment they met, both of their lives got a bit more interesting and a lot more complicated. Love has a way of arriving when we least expect it. Such was the case for Claudine and Roop. She had a full-house of kids, he had two from which he was estranged. She was working as a maid while collecting public assistance and he was a garbage man who lived in a building where his neighbors were “working girls.” On paper, their union seemed doomed from the start. They tried to power through, but much to the dismay of her overprotective sons, she did shed a tear or two when the road got bumpy. Then, in the midst of the drama, her eldest son makes a life-altering decision while her oldest girl takes the first step toward repeating the family’s cycle of poverty. She was near her wit’s end. Rightfully so. The couple endures their fair share of trials and tribulations–including frequent, intrusive visits from nosey social workers who attempt to clock their every move and count every dollar earned and spent between them–but in the end, everybody learns that true love is about accepting another, flaws and all. There’s no doubt that “Claudine” is a must-see, movie classic and the motion picture soundtrack continues to stand the test of time, thanks to Curtis Mayfield and Gladys Knight & the Pips. Hearing Gladys and the guys sing “Make Yours a Happy Home” still warms our hearts. Those were good times… Related stories: