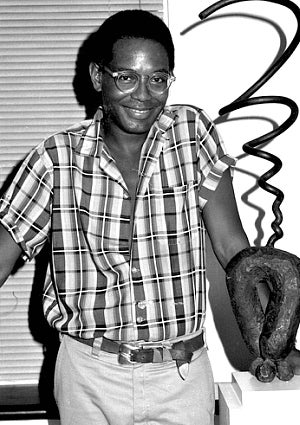 “I don’t design clothes for the Queen, but for the people who wave at her as she goes by,” said one of the most successful designers in fashion history, Willi Smith, at the height of his fashion tenure. Smith, who passed away from complications due to AIDS on April 17,1987, was an equal opportunity designer who took much pride in birthing a youthful sportswear collection that pushed fashion’s boundaries without breaking the bank. WilliWear, founded in 1976, consisted of easy and comfortable clothing in drapey silhouettes in a rainbow of colors and prints. The Philadelphia native helped usher in a new slouchier cut which would take the place of the ubiquitous 80’s casual uniform of jeans. His knack for pairing the most contradicting prints and hues shaped a modern, fun and singular approach to dressing. Smith’s “street couture” aesthetic won him a legion of fans from all walks of life that would catapult his women and men collections to the forefront of the fashion world. By 1986, a year before his untimely death, WilliWear was racking in $25 million. Smith’s innovative designs won him a number of prestigious accolades including a Coty American Fashion Critic Award for women’s fashion in 1983 and a Cutty Sark Menswear Award in 1985. Smith was in high demand. Director Spike Lee enlisted the prominent designer to outfit the cast of “School Daze.”  Edwin A. Schlossberg called upon Smith to design a navy blue linen  suit for his wedding to Caroline Kennedy in 1987. While Smith was sadly never able to reach his full creative potential, 23 years later Smith’s influential approach to design has left an indelible mark on fashion and style inspiring new generations of Black fashion designers for decades to come. Read more: