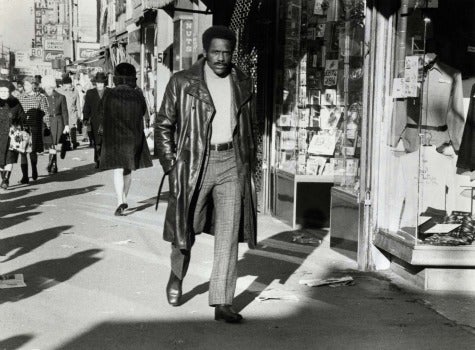 They just don’t make men like they used to, do they? Even people who have never watched the 1971 American blaxploitation film “Shaft” (directed by Gordon Parks) know that John Shaft was a bad mother — shut your mouth.

Played by sexy, chocolate leading man Richard Roundtree, John Shaft is a Black private detective in 1970’s New York City — a time when crime ran rampant in the metropolis — hired by a gangster to find his kidnapped daughter.

Shaft was the strong silent type. He was cool, calm and collected, until someone pissed him off. His thick, jet-black side burns and leather jacket gave him even more edge. His missions always ended successfully — in the bedroom and on the job. And even though his post-bedside manner wasn’t the nicest, the ladies couldn’t leave him alone (Sound like any neighborhood guy you know?). To boot, he had the baddest soundtrack to follow him around, a la Isaac Hayes.

Shaft will turn 40 this year, but every time we press play and watch Richard Roundtree walking up through Times Square it feels like the first time.