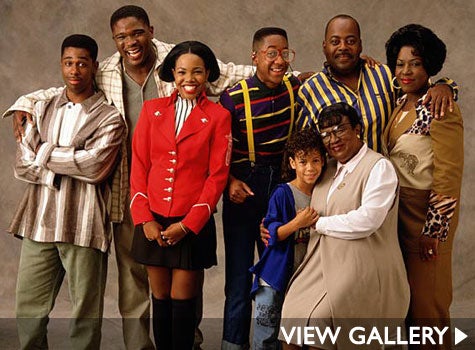 It’s hard to believe it’s been 20 years since we were glued to our TV screens every Friday night watching the Winslow family on ABC. Whether we were admiring the beautiful Laura, laughing at the nerdy Steve Urkel, or swooning over Eddie, “Family Matters” quickly became everyone’s favorite TGIF series.

Created in 1989, “Family Matters” centered around a middle-class black family in Chicago as a spin-off from another TGIF series, “Perfect Strangers.” After just a few episodes, and the introduction of a young actor by the name of Jaleel White, the show quickly established its own identity.

Nine seasons and 215 episodes later, “Family Matters” is the second longest running black sitcom in television history, second only to “The Jeffersons.” Each week, in just 30 minutes, “Family Matters” would not only make us laugh, but also explored serious subjects like teen drinking, gangs, and police brutality.  With its entertaining story lines and memorable catch phrases, “Family Matters” showcased a positive portrayal of strength and love amongst black family.

Much of the show’s success was due in part to the cast and their unforgettable characters.  Spearheaded by Jaleel White’s breakout role as Steve Urkel, who had all of America asking, “Did I do that?”, each character played a part in the show’s rapid success; escalating from #41 up to the Top 20 in ratings within the first season.  Off air now for 11 years, 2009 marks the show’s 20th anniversary–so what is the cast up to these days?