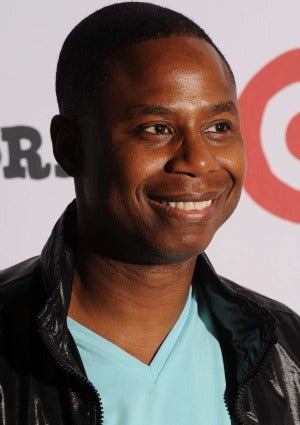 “La-Di-Da-Di … La-Di-Da-Di … La-Di …La-Di…” It seems like everyone today wants to do the “Doug E” — one of the biggest dance crazes, which incorporates the signature move of hip-hop pioneer, Doug E. Fresh. The “Human Beat Box” and his team of DJs, known as The Get Fresh Crew (Barry Bee and Chill Will) along with a newcomer named MC Ricky D — aka Slick Rick — created the New Jersey-based hip-hop label Reality/Danya Records in the mid ’80s. In 1985 the label released the smash hits, “La Di Da Di” and “The Show” — two of the most iconic hip-hop tracks of all time. Almost everyone at one time or another has twisted their lips, sucked their teeth, and clicked their tongue to attempt to achieve a Doug E. Fresh beat box. Even those of us who never rapped a day in our lives, will toy around and start a rhyme with “gimme a beat” — just like Doug E did. ESSENCE.COM spoke to Doug E. Fresh — right after he taught Wolf Blitzer how to Dougie at this year’s Soul Train Awards in Atlanta — about his past, the present, and his future. ESSENCE.com: At the height of your success, what were some of you fondest memories? DOUGIE FRESH: One is when Stevie wanted me to come over to his daughter’s house for her birthday to do this intimate performance that ended up the being the beginning of our friendship. Another time, Prince wanted me to come to Atlanta [to perform with him]. He told me when I got on, he wanted me to do my thing. Since he’s all about freedom of expression, I got on stage and did exactly what he told me to do — I did my thing! Last one is spending six hours with MJ in Harlem, vibing, and doing what we love to do: create music. ESSENCE.com: Verbally breakdown how you do what you do when you beatbox? FRESH: It’s like having a conversation, doing beatbox for me is as natural as talking is for someone else. Sending sound through a certain part of my throat, so that I am accurate every time. It’s not like whatever happens happens, this is a focused sound. ESSENCE.com: How old were you when you knew this was something very unique? FRESH: Probably 12 or 13. It turned into something serious later. I never did it with the purpose of doing something different, I did it because it was just what I was doing, and it happened to work in my favor. When I first started to beatbox on the microphone with the Get Fresh Crew, people were shocked. Some things are just supposed to happen and you have to roll with it. ESSENCE.com: When people call you a legend, what does that mean for you? FRESH: It means I’ve done this for quite a while. It also makes me glad I took a chance. When I graduated, I was going to go to school for law, but had such an affinity for hip-hop. It was like walking into a casino and I decided to bet everything on hip-hop, and I hit! My hit wasn’t just a hit for me, it was a hit for everyone in this culture. Somebody had to take that chance, and by me taking that chance, it played a role in changing the world with all the other people that participated in it. ESSENCE.com: What are some of the things are you working on now? FRESH: Doing a thing called Beatbox Entertainment to connect all those around the world who have been inspired by beatboxing. I ‘m developing Square Off, my son’s group, I have a club in Mt. Vernon that’s opening up for New Years called Fresh, and I have a restaurant in Harlem called Doug E’s serving Caribbean, Soul, and Vegetarian food. Tons of new music, and I’m always touring.