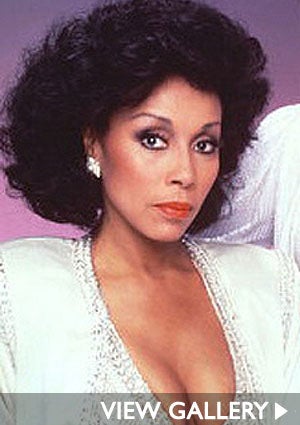 A friend invited me to go to the Jazz at Lincoln Center’s Fall Gala on Monday. Any chance I get to see performances at this state-of-the art facility–I’m there. What I love about Jazz at Lincoln Center is that it celebrates an American art form that is pure, inspiring and undeniably Black.

This evening was no exception. This evening’s theme was “A Celebration of the Music of Frank Sinatra” featuring Michael Feinstein and Diahann Carroll. Are you kidding me? The opportunity to see Diahann Carroll perform live was a dream come true. Ms. Carroll is everything to me.

She’s performed with Dorothy Dandridge, Sidney Poitier, Pearl Bailey and Sammy Davis Jr. She was nominated for an Academy Award for Best Actress in 1974 for her role as “Claudine.” Carroll made history again in 1968 with “Julia,” when she became the first African American woman to have her own television series. She even won a Golden Globe for Best Actress in a Series in “Julia.”

I became familiar with Diahann Carroll’s work in the ’80s. Her role as Dominique Deveraux on 1984 on the hit TV series “Dynasty” was another historic moment in her career. She broke through the color barrier of the rich and famous and taught Alexis Carrington that Black women are not to be played with. And if that was not enough, her real life high school friend, Billy D. Williams played her love interest on “Dynasty.” Stints on “The Cosby Show”, “A Different World” and “Grey’s Anatomy” followed.

I had the pleasure of meeting Diahann Carroll years ago at the ESSENCE Awards. She was sitting across from Bethann Hardison and I. Hardison introduced me to Ms. Carroll and Mr. Bobby Short, the pianist. I was star struck–I’m never star struck. I had just met Diahann Carroll.

Back to Monday night, Wynton Marsalis introduced the living legend Diahann Carroll. She swept onto the stage, wearing a silver sparkly top and a long black skirt with a fish tail, looking like the ageless beauty that she is. She was singing Frank Sinatra songs like “The Way You Look Tonight,” “Fly Me to the Moon,” and “The Theme from New York, New York.” She talked about working with Old Blue Eyes or Francis Albert Sinatra and the rest of the Rat Pack. Now that is fierce. Diahann Carroll is a living legend.