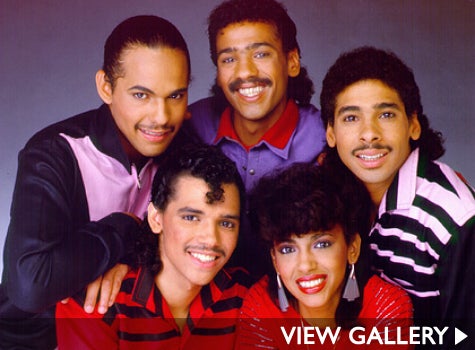 Until this day, no other group has been able to recapture the harmonious magic that DeBarge brought us back in the 80s. Marty, Bunny, James, Randy and El sure did make some beautiful music. Twitter and Facebook were all aflutter when El Debarge hit the stage at LA’s Live Conga
Room last week. His performance was broadcast on Jamie Foxx’s Sirius Radio show, “The Foxxhole” and he did not disappoint. Needless to say, he had all of the ladies swooning and swaying, just as he did over two decades ago. The DeBarge family’s musical legacy began in Grand Rapids, Michigan, in the church, where they honed their vocal, songwriting and producing skills. Eldest brothers, Bobby and Tommy, were the first to take a step toward making their hobby into a profession. Once the talented pair joined Switch and blessed us with “There’ll Never Be” and “I Call Your Name,” the stage was set for their younger brothers and older sister to shine. Marty, Bunny, James, Randy and El–simply known as DeBarge–picked up where their brothers left off. The five siblings were a self-contained unit who wrote, produced and performed timeless classics including “I Like It,” All This Love,” “Time Will Reveal, “Love Me In a Special Way” as well as “Stay With Me” and “A Dream,” the latter two which have since been sampled and covered by Mary J. Blige, Tupac and the Notorious B.I.G., among them. Chart-topping singles and albums followed, but just as DeBarge started crossing over to the mainstream–via their hit single, “Rhythm of the Night”–things began to fall apart. After the group disbanded, Bunny and El launched solo careers (as did their younger brother, Chico) but over time, the DeBarge family’s spotlight dimmed and later, faded out. When they were at their height, it seemed that DeBarge could do no wrong, but behind-the-scenes, the family was struggling with personal issues that would eventually overshadow their success. By now, most of us have seen their episode of TV One’s “Unsung,” which answered a lot of questions and broke our hearts at the same time. Thankfully, Chico continues to record and just last year, James’ daughter, Kristinia, launched her recording career with her debut album, “Exposed.”  No matter how many years go by, we will always remember the time when we first fell head-over-heels for DeBarge. And yes, their melodies still linger on. Read more: