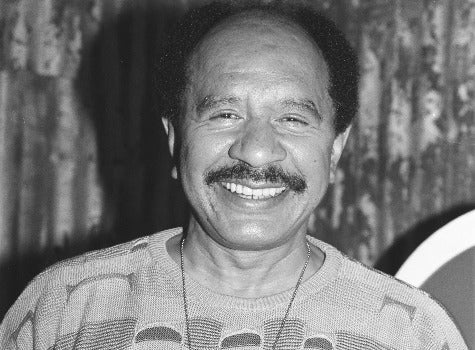 Even if it wasn’t Sunday, many of us sat in front of our TV sets and went to church watching the hit show “Amen” back in the late 80s. We’d sing and clap along to the show’s opening theme song — “Turn on the light from heaven, Lord…shine on me, shine on me, shiiiiiiiine on me” — as the spry Sherman Hemsley would jump out of his caddy into a double dutch session in front of the church. “Amen” was the first Black comedy to figure out how to make religion funny without being blasphemous, faith-based without being too preachy. The talented cast was led by Sherman Hemsley (of “The Jeffersons” and “All in the Family” fame) playing Deacon Earnest Frye, the head of the First Community Church of Philadelphia, who did his comedic best to keep everything in his church firmly under control. Gossiping sisters Amelia and Casietta Hetebrink were played by the hilarious Roz Ryan and Barbara Montgomery, and the voice of reason among all the scatter-brain characters was Rolly Forbes, played by Jester Hariston. And, behind the scenes, “Amen” was written by Ed Weinberger, who also worked on such classics as “The Mary Tyler Moore Show,” “Taxi” and “Cheers.” The team delivered joke after joke, punchline after punchline, for five seasons until the show ended in 1991. There are so many stand-out moments from the show that will make us laught to this day, like the episode when the Reverend tries to overcome his fear of snakes, or when Deacon Frye delivers a church member’s baby, or the time Thelma set the whole kitchen on fire hosting a dinner party. Viewing shows like “Martin,” “The Steve Harvey Show” and “Everybody Hates Chris,” you can see clearly see how a show like “Amen” built a foundation for the Black sitcoms that followed. The show did a great job at having an all-Black cast while delivering a storyline and sense of humor that even non-Blacks could find entertaining. Whether it be racial or religious, “Amen” did not attempt to trap audiences with mundane stereotypes in order to make the show funny or popular. Everyone that tuned in every Saturday night wanted to be enriched by the faith-based messages, and entertained by the comedic genius of the cast. When the show ended many of us were left with nothing to say but a sad “Amen.”