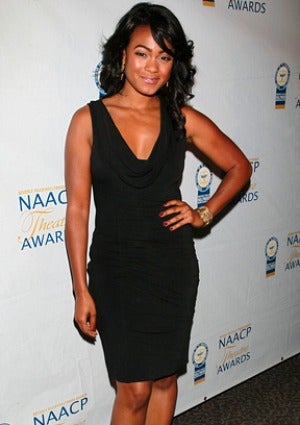 Tatyana Ali isn’t a newcomer to the world of sitcom television. After her stint on the now iconic “Fresh Prince of Bel Air” alongside Will Smith, Ali took a break to attend Harvard University. She’s now back to comedy with a second season of “Love That Girl” on TV One, about a recent divorcee trying to find her independence in California, with a cast of unpredictable family and friends aiding her on her journey.

ESSENCE.com spoke with Ali about “Love That Girl,” working with executive producer Martin Lawrence… and why she is a happy single gal.

ESSENCE.com: What’s unique about “Love That Girl”?
TATYANA ALI: The show is comprised of different elements. You have this kind of “Sex and the City” dating side, but you also have a family element to the show. The show has a nice combination of that feel good family vibe, mixed with an edgy, sexy, fun element as well.

ESSENCE.com: Tell us about your character “Tyana Jones” on “Love That Girl.”
ALI: My character is unlike any other character that I’ve ever played. She’s multi-dimensional and very real, which is what attracted me to playing her. Sometimes she’s a grown woman, but other times she’s a girl. Additionally, she’s really courageous and headstrong. My character falls on her face many times, though she’s not afraid to get back up.

ESSENCE.com: You didn’t end up broke or in prison, and managed to graduate from Harvard. How did you escape the life that some young child actors fall victim to?
ALI: I think at the end of the day, kids need people around telling them what they can and can’t do even when they have celebrity status. I had a great support system with my family and friends. I partied in college, but I was lucky enough to have people around me who really liked Tatyana for Tatyana; I’ve been fortunate to be around protective family.

ESSENCE.com: Martin Lawrence is one of the executive producers. Any moments when he made you laugh?
ALI: During promo together we had a lot of fun. Martin did a shoulder shimmy dance that was hilarious. [laughs] We’ll have some surprises on the show.

ESSENCE.com: So every available bachelor in America would like to know why are you single?
ALI: [laughs] I don’t know. Maybe because I work too much and live in L.A. … I’m a homebody. It’s probably my fault that I’m single.

Catch the season premiere of “Love That Girl” on TV One tonight at 9pm.