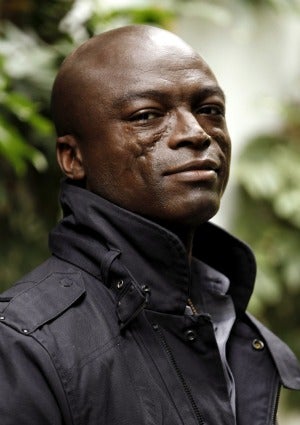 Something about imagining Seal driving in the car with his four children, blasting Katy Perry, is deliciously adorable. That’s exactly what the Grammy-winning singer does during family errands. In an industry known for breaking up families, the proud dad says his clan has a unspoken “circle of trust.” It’s most befitting that he named his latest album, “Commitment.” We’re sure it doesn’t hurt that his wife is supermodel Heidi Klum. Seal spoke with ESSENCE.com about music, his family and why you’ll never hear a euro-dance track from him… Why do you describe your latest album “Commitment” as audiobiographical? For any singer/ songwriter who’s going to write something they hope will resonate, they’re going to have to rely on personal experiences. When I say audiobiographical, its not necessarily autobiographical but of course a song like “Secret” is about my life. If you see the video and listen to the lyrics you can tell it’s from a personal experience. With everyone going the euro-dance route, do you ever feel pressure to conform? No, that’s a dangerous trap to get into. The prospect of me making something that sounds like everything else on the radio, I mean, I’d rather not do it and find something else that’s creative to do. How has fatherhood and marriage influenced your music? Fatherhood and marriage make you look at life in a different way. When you’re married, you realize that every note you sing, there is another reason for singing it. You’re doing it because you know you have a responsibility for your spouse and you want them to be proud of what you do. In terms of being a parent, you’re setting an example. Right now my eldest son is at that stage in life where he just thinks the world of me. In those formative years its crucial that I keep his dream alive… and that comes across in the choices I make in my career. How do you and Heidi maintain a grounded relationship with all eyes on you? Both of us are fun-loving people and we don’t take ourselves too seriously. Besides, four children will stop you from doing that. I personally think the whole concept of fame and celebrity is absurd. We have an unbreakable bond, we have each other, our family, and then everything on the outside. What, do you think, is your staying power? I don’t know, but if I were to take a guess I would say its because I stick to who I am. The most important thing for me in this is the music. Seal’s latest album, “Commitment,” is in stores now.