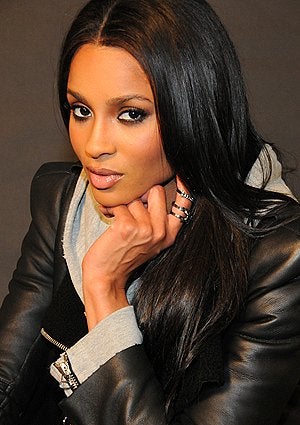 ATL native Ciara stepped onto the scene in 2004 with “Goodies,” and three albums later she’s returning to the same sound that made her a superstar. Her latest effort, “Basic Instinct,” hits stores today and as always she’s ready to get the dance party started. Fused with dance beats and R&B, “Basic” returns to a sound that’s reminiscent of the girl we fell in love with six year ago. Ciara spoke with ESSENCE.com about “Basic Instinct,” her thoughts on being called too sexy, and getting banned on BET. ESSENCE.com: How did you come up with the title and theme of the album? CIARA: The inspiration behind the title was about the basics. It’s about bringing back the formulas that were present in my music when I first started. I’ve been very blessed to have my music played in the streets while having it be main stream at the same time. ESSENCE.com: What can we expect this time around? CIARA: I brought back that aggression, that bass and the attitude. Of course the woman I’ve become is added to all of that. I wanted my die-hard fans who have been with me since day one to be happy. ESSENCE.com: Any collaborations can we expect? CIARA: Of course, Ludacris has joined me again. We joke about how we’re a group now. Usher, whom I’ve wanted to do a record with for years now and I feel like the fans have been wanting this for years. ESSENCE.com: Did you write any of the songs? CIARA: I did actually. I was involved on every record in some capacity. Some records more than others. It’s always been important to me, since day one to have music that is a reflection of who I am. Whether I write or I don’t, I always want to have something that I feel good about and have people relate to. ESSENCE.com: What do you think of the criticism about your sexy image, especially when your video for “Ride” was banned on BET? CIARA: It’s one of those things where its really unfortunate because your video can’t be played on every possible outlet. “Ride” was actually for my core urban fans. It was unfortunate when I wasn’t able to have it on a network that really caters to those fans. At the same time, it gave me a bit more love because people paid attention to it. It’s a video I’m very proud of and I don’t regret anything about it. It worked itself out, but I wanted to have it played everywhere. Ciara’s new album, “Basic Instincts” is available today. What’s your favorite Ciara song?