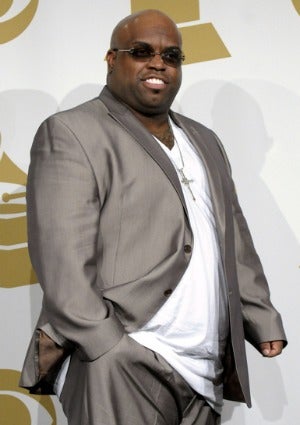 Cee-Lo has released great music since 1995, and 16 years later it seems like he’s finally getting his due. With five Grammy nominations for his latest album, the eclectic singer/songwriter went from rapping in the group Goodie Mob, to headlining the super talented duo Gnarls Barkley, to taking the stage solo with “Lady Killer.”

Cee-Lo discusses with ESSENCE.COM why being different is never intentional, and how happy he is that his music is no longer an “acquired taste.”

ESSENCE.COM: This proves to be a big year for you with five Grammy nods, were you at all surprised?
GREEN: I was a little surprised, because I wasn’t fully aware of when the eligibility thing starts and stops for the Grammy nominations. So I didn’t know if I was even eligible or think my album was in on time. I was out in London when I found out, and it was such a compliment. I was working at the time so I wasn’t really able to celebrate. I think once it’s all over I’ll be able to look back and assess how wonderful this time in my life was.

ESSENCE.COM: For someone so out of the box, is a Grammy the ultimate musical recognition for you?
GREEN: I think so because of the circumstances — it’s all of your fellow artists, peers, and predecessors that are recognize you — so it’s quite a compliment. But am I going into the studio saying, ‘let’s write a song that will win me a Grammy?’ No, it’s not my motivation. Music is alive inside of me, it’s all of me, it’s the thing I need. It’s far too much energy and ability to internalize, so it’s meant to share. As long as I’m doing what I’m meant to do, I am very content. A Grammy nomination, a win, record sales, celebrity — they all are gratefully appreciated additions that come along with the territory. Music first and then the accolades, and I have to be concerned with first things first.

ESSENCE.COM: Why do you think people are calling you a breakout artist when you’ve been doing this for years?
GREEN: I can see what they mean, and of course it’s a compliment. Cee-Lo Green is my actual self, Gnarls Barkley is an alter ego. They both are me, but the wonderful, unique, and strange things I’ve gotten away with in my career, with the exception of Goodie Mob, this is the most normal people have ever seen me. So maybe they are seeing and accepting something new. When things come back around and you have solo success, like I have this time around, it can’t be denied. Therefore you’re able to see my music in its proper light, and I’m not trying to sound pumped up or any kind of way. I was meant to only do one album and now here we are starting on the third, as well as another Goodie Mob album.

ESSENCE.COM: How do you describe your music?
GREEN: Melodramatic. (laughs) My music has always been easy to associate with alternative genres, but it doesn’t close me off to any one thing. My music can be the alternative to alternative music. It’s not a competition for me so I can co-exist in whatever genre they like to place me in. My music is about quality — it’s my first concern. I don’t worry about being singled out as one single thing, I’m not trying to be different for the sake of it, I just am. That can’t be ignored.

ESSENCE.COM: Do you feel like music and/or artists are trying to be different just for the sake of it?
GREEN: I don’t think music is trying to be different, but people are trying to get in where they fit in. There can only be one number one at a time, and whatever songs are beneath, inadvertently emulates the bar. It’s simple enough to say but not easy to do, so it’s like those who go to Ivy League schools and those who go to community college. You wish for everyone to be educated and have equal opportunities, but the masters are for the masters, and the beginners… they got to start somewhere. But you don’t start next to me, and convince yourself it’s cool. Remember you’re dealing with the Lady Killer. Ow.