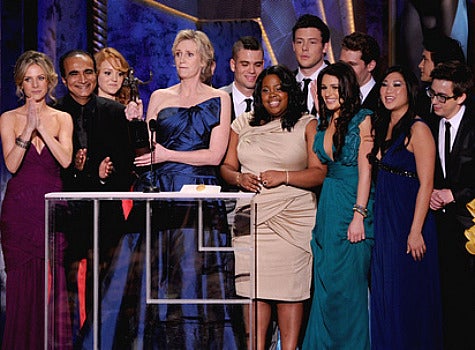 It’s been noted that Sasha and Malia’s favorite show on TV is “Glee.” So “first mother” Michelle Obama did her babies a solid when she invited the cast of the hilarious sitcom about a high school glee club to perform at the White House Easter Egg Roll, EW reported. Glee cast members went twitter happy when they found out they’d get to hang with the Obama‘s on April 5. Here’s what they said: Amber Riley: “Singing at the white house. I’m in total disbelief… So excited to meet my President and First Lady!!!!! Yay!!!” Naya Rivera: To words… White house!!!!!! Kevin McHale: “so unreal. love me some obamz.” We’re assuming there was some serious jumping on the bed going on when the girls learned that their favorite show was coming to town. Sasha and Malia, you better come hard for Mother’s Day. Read More: