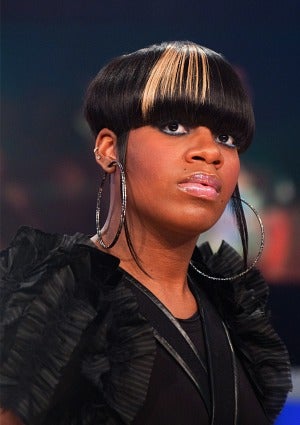 Fantasia testified in North Carolina court early last week that she was at one point pregnant by Antwaun Cook, a married man, and terminated her pregnancy in August. During her testimony, Fantasia made the shocking confession that she did undergo an abortion, and that her previous statements of not knowing that the T-Mobile employee was already married were untrue. Fanny did in fact know Cook was married when the pair began sleeping together in the summer of 2009, decisions that eventually lead to terminating her pregnancy late this summer. Now that audio and court transcripts have been released, hearing Fantasia’s reluctance to admit the truth has cast a unfavorable light on building her case: Lawyer: “But did you tell Mr. Cook you aborted his child?” Fantasia: “I did, yeah.” Lawyer: “When did you tell Mr. Cook you had aborted his child? Fantasia: “I’m not sure.” Lawyer: “When did you abort his child?” Fantasia: “It hasn’t been too long ago.” Lawyer: “What’s not too long ago? Fantasia: “I’m not sure.” Lawyer: “I’m sorry?” Fantasia: “I’m not sure. Probably when all this other stuff was happening.” Lawyer: “Is it your testimony that this summer?” Fantasia: “I’m not really sure.” Lawyer: “How close in proximity was it to Mr. Cook leaving? In June 2010.” Fantasia: “It was right after he left his home.” In August, Antwaun’s wife Paula Cook hit Fantasia with a lawsuit for violating North Carolina’s obscure “alienation of affection” law — which allows a spouse to sue their partner’s mistress — and refused Barrino’s $100,000 settlement offer. It is also around this time that the singer attempted suicide, that may have been the result of coping with the abortion. We keep our beloved Fantasia in our prayers. To listen to full audio, click here.