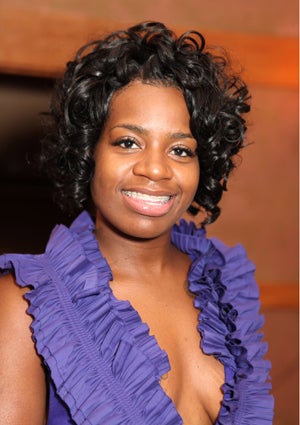 Fantasia Barrino has been hospitalized at a North Carolina hospital for a possible “medication overdose,” reports TMZ. The former “American Idol” winner was reportedly taken to the Carolinas Medical Center-Pineville last night. Sources aren’t sure whether her overdose was intentional or accidental or whether her condition is life-threatening. Fantasia’s personal life has been making headlines after she was accused of having an affair with Antwuan Cook, who is reportedly still married. Her manager Brian Dickens denies the charge and recently released a statement saying he is “certain that [Fantasia] is not responsible for the deterioration of Cook’s marriage.” Dickens also issued a statement this evening confirming that Barrino had overdosed on aspirin and sleeping pills. “Last night, Fantasia was hospitalized,” he wrote. “She took an overdose of aspirin and a sleep aid. Her injuries are not life threatening. She was dehydrated and exhausted at the time. Fantasia is stable now. She will be released from the hospital soon.”