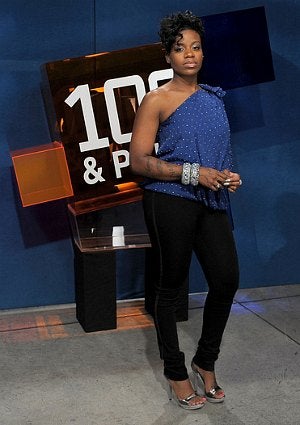 After suffering an overdose of aspirin and a sleep aid last week, Fantasia Barrino says she’s motivated and preparing to resume promotion of her forthcoming album, “Back to Me.” “I can’t thank my fans enough for their prayers and support during such a challenging time,” said Fantasia via a statement. “It has given me the motivation to get back to work and honor the commitments I made to promote “Back to Me.” I put a lot of blood, sweat and tears into this album and I pray that everyone enjoys it as much as I do.”   The songstress will make appearances next week on “Good Morning America,” “Lopez Tonight” and at Steve Harvey’s Ford Hoodie Awards (Aug. 28). In addition to promoting “Back to Me,” Fantasia is also hard at work on the second season of her VH1 reality show, “Fantasia for Real.” She and Antwaun Cook, the man who’s marriage she is accused of breaking up, were seen together on Friday near the singer’s home in Charlotte shooting the show.   Due August 24th on J Records, “Back to Me” features the current single “Bittersweet,” and “I’m Here,” her signature song from her role as Celie in “The Color Purple.”