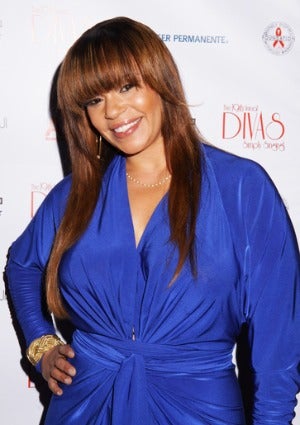 It’s been 15 years since we first heard the name Faith Evans. Today, she’s considered a music industry legend. She’s made us cry, laugh and “dance, dance, dance” and she’s back with her sixth studio release, “Something About Faith,” a mere five years since her last album. She visited ESSENCE.com to fill us in on all things Faith, including her new reality show, her role in a major biopic and what actually happened the night she was arrested… ESSENCE.com: Your sixth studio album, “Something about Faith,” was recently released. Why did you decide to call it that and what are you sharing this time? FAITH EVANS: Well one day I was in the studio, and I thought I ran out of ways to use my name in the title. The way this project came together — with me doing the independent deal, acquiring my own imprint and being my own CEO…then the fact that once I got into recording, different artists and producers wanted to be part of it — everyone was saying “dag, they love you.” Everyone around me was saying,there’s something about you, hence “Something about Faith.” It just came out of thin air. I swear I didn’t think about it for long or write down different versions… For this album I’m giving them the new adventures of the same old Faith, that’s how I like to describe it. ESSENCE.com: There’s a single featuring Keyshia Cole called “Can’t Stay Away,” how was it working with her? EVANS: It was cool, I love Keyshia. She called me before she did her last album and she wanted me to executive produce it and I was so shocked. But I was pregnant with my three-year-old and I was moving. It was just a crazy time. That was something that I wouldn’t want to take on and not be able to deliver. She was already an established artist, with a fan base of her own and I couldn’t do it. But the fact that she called me, again…I made sure she understood. We already had a certain rapport that we established and I knew how she looked up to me as an artist. ESSENCE.com: Tell us about the new reality show you’re working on… EVANS: I’m doing a show with Misa Hilton called, “The First Ladies.” There’s a lot we can do to teach people, to inspire people that really don’t know anything beyond what they hear on the surface. You’ll see how we actually handle things, how we actually take care of our families and how we sacrifice, whether it be turning down work or not working at all. I want to teach and inspire people by showing how I choose to handle situations and how I handle my family stuff. It’s really about the busy woman side and how we balance having family. ESSENCE.com: Back in August you were arrested for driving under the influence, and in September you were charged with a DUI. Did the media blow it out of proportion? How was that experience? EVANS: I was pulled over at checkpoint that’s there every weekend. So there’s no way in hell I’m going to be driving down a street by a checkpoint that I know is there, drunk. I couldn’t get out of the checkpoint line. I had just come from a fitting for my video and I had a glass or two of wine. I wasn’t drunk but when he asked me had I been drinking, I had a little bit of wine. But as soon as I got out of the car to walk with the officer, another officer was pulling my car away. They already knew they were taking my car, I just didn’t know they were taking me. It was definitely blown out of proportion. I was only in jail for only a couple of hours and I was at my video shoot the next morning. And that’s to be expected. But whatever, you got to have thick skin. It comes with the territory. But I know me, my kids know me, they weren’t scared to get in the car with me the next day, they know their mother. ESSENCE.com: What new projects do you have coming up? EVANS: I was just chosen to play the lead in a biopic about Florence Ballard. I will be filming that in Detroit in January. And I was actually chosen by her estate, her daughters wanted me. I’m very excited! I have part of the script and I have to meet with them and get with the acting coach for a couple of weeks before we start filming.