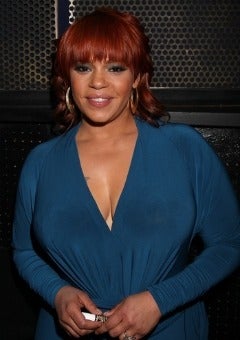 After 12 years of marriage, Faith Evans has filed for divorce from her longtime manager and husband Todd Russaw. The “Love Like This” hitmaker recently called it quits after submitting documents in Los Angeles County Superior Court, citing irreconcilable differences for their split, TMZ reports.

Evans is also asking for joint legal and sole custody of the couple’s two children, Joshua, 10, and Ryder, four. While the singer plans to grant Todd visitation rights, she wants the judge to reject any claims for spousal support.

Although the divorce is finally underway, the couple’s break was a long time coming — Evans said the two already separated in 2005.