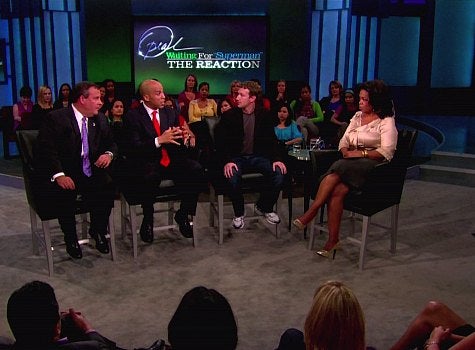 Facebook CEO Mark Zuckerberg’s 500 million “friends” have helped him make enough money to present one of his largest public donations, to the public education system. During an appearance on “Oprah” the 26-year-old co-founder of the social media site announced his $100 million gift to the Newark school system. This, just days after Oprah announced a $6 million donation to six charter schools in six states through the Angel Network. With Zuckerberg’s donation, Newark mayor Cory A. Booker — who appeared alongside New Jersey mayor, Chris Christie — has gotten the boost he’s been looking for in his pledge to revamp New Jersey’s largest school district. He is expected to take on a major role in overseeing the state-run school district, which runs on an annual budget of $940 but has been plagued by low test scores and poor graduation. Education is getting a lot of high-profile attention thanks to the thought-provoking documentary, “Waiting for Superman,” which highlights the country’s failing public education system.y about a failing public education system. What issues do you think are plaguing the public education system?