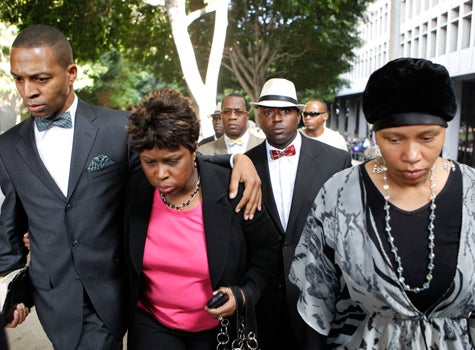 The family of Oscar Grant, the 22 year-old unarmed Black man shot in an Oakland, California subway station, feels that the apology from officer Johannes Mehserle, is ill-timed and insufficient. Grant was shot in the back by officer Mehserle on New Year’s Day of 2009 after resisting arrest. The NY Daily News reports that the handwritten note from Mehserle, dated July 4, was written two days after the jury begun deliberating. In the letter Mehserle claimed that he wanted to apologize sooner but was unable to because of death threats. “I have and continue to live every day of my life knowing that Mr. Grant should not have been shot. I know a daughter has lost a father and a mother has lost a son,” Mehserle lamented in his apology, which is addressed to the public. What do you think?