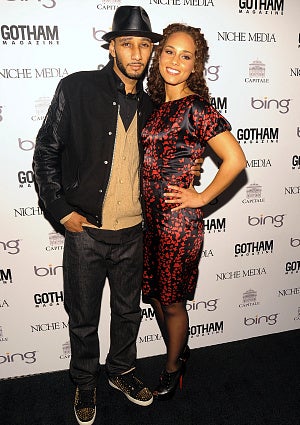 Reps for Grammy-winning recording artist Alicia Keys, 29, and rapper/producer Swizz Beatz, 31, have confirmed to ESSENCE.com that they are expecting a baby and planning to be married in a private wedding ceremony later this summer. The couple has been together since 2008 and hopes to walk down the aisle “in a private ceremony later this year,” say reps. Keys, a 13-time Grammy winner, recently expressed her wishes for a family. “I absolutely am very interested in starting a family,” she told  British newspaper. “It is one of the most beautiful experiences to have in this life and I am looking forward to it when it is my time.” Swizz Beatz, real name, Kasseem Dean, is the father of two boys, Kasseem, 3, and Prince Nasir, 9. Keys is one of the headliners of the ESSENCE Music Festival. We wish the couple much joy and happiness.