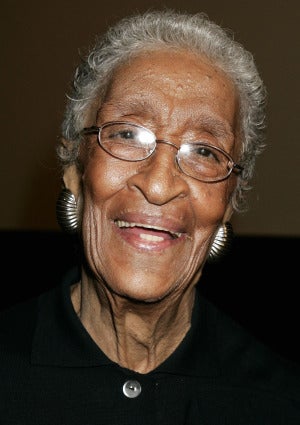 Evelyn Cunningham, a pioneering Civil Rights-era journalist died on Wednesday in New York City. She was 94. The talented scribe was a reporter and editor for the Pittsburgh Courier, an influential Black newspaper in the 1940s and 1950s. She honed her reporting skills by covering lynchings in the South and the Civil Rights movement. She would later accept a George Polk Award on behalf of the newspaper for it’s coverage of the Civil Rights movement, according to New York Times. During her career Cunningham interviewed some of the most iconic people of the past 60 years including Rev. Martin Luther King Jr., Malcolm X and Supreme Court Justice Thurgood Marshall. She was also an aide to Gov. Nelson A. Rockefeller of New York and worked with presidents Richard Nixon and Gerald Ford. In a press release New York Governor David Paterson said Cunningham “fearlessly chronicled the struggle and violence of the Civil Rights movement, she also paved the way for other women to become nationally recognized journalists, just like her…We owe [her] a debt of gratitude for her tireless efforts to enlighten our nation, and work to bring equality and justice to more Americans.” Cunningham was born on January 25, 1916, in Elizabeth City, North Carolina. Her parents moved her to New York City as a child where she later earned a bachelor’s degree from Long Island University. She had no children, but one brother, who passed in 1973.
Loading the player...