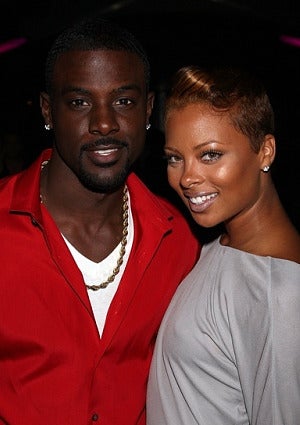 Since Eva Marcille and Lance Gross’ publicists announced the couple’s breakup on Wedesday, March 24, fans have migrated to Twitter to see what the young actors have to say for themselves. Gross may have been giving clues that the relationship was on the rocks earlier on in the week. On Sunday, March 21, he quoted hip hop duo Outkast saying, “You can plan a pretty picnic, but you can’t predict the weather.” And on Tuesday, March 23, he said, “The first day of the rest of my life.” At 9:04 PM EST on March 24, Following ESSENCE.com’s story on the split, Gross tweeted, “Yes it is true.” Judging from Gross’s tweets since March 25th, it seems like the actor is trying to stay strong and gain from this experience. Early March 26th he said, “I woke up this morning with my fans, friends and family on my mind. Words can’t explain how much you are appreciated. Thanks for being in my corner.” Since then his tweets have included statements like “Live in the truth,” and “#nowplaying Daft Punk–‘Harder Better Faster Stronger.'” Twitter allows celebs like Gross to immediately connect with fans by sharing as much of their private experiences as they wish. Erykah Badu tweeted her contractions while giving birth to Mars Merkaba. Chris Brown ranted about being shut out of the industry before shutting down his Twitter page. Marcille has her current Twitter profile set to private. Another page, last updated on June 26, 2009, still features a photo of Marcille and Gross in the background. Read More: