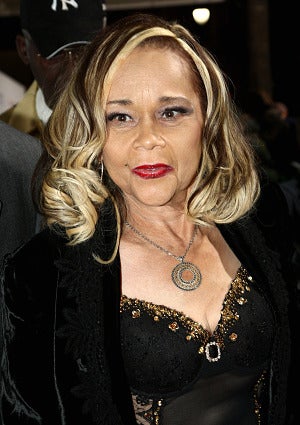 Blues legend Etta James has been hospitalized with a serious infection, reports CNN. Her son Donto James says the 72-year-old singer is being treated in a California hospital and has been diagnosed with a bloodstream bacterial infection called MRSA, but he is more concerned with her Alzheimer’s disease–which she was diagnosed with a year ago. “Right now she is very confused,” he said, describing his mother as “quite combative … fighting, biting — I’m talking way off the chart.” James also told Reuters that his mother became ill while at a detoxification center for treatment to an addiction to painkillers which began after she suffered a back injury a few years ago. “I want my mother back onstage again,” said James who performs in his mother’s blues band. “I know it can happen. Etta last made headline last year after lashing out at Beyonce’s performance of her hit “At Last” at President Barack Obama’s inauguration. “I can’t stand Beyonce,” she told concertgoers a few days after. “She has no business up there, singing up there on a big old president day, gonna be singing my song that I’ve been singing forever.” Her son says he believes it was her illness that caused the Rock and Roll Hall of Fame inductee and Grammy winner’s outburst.