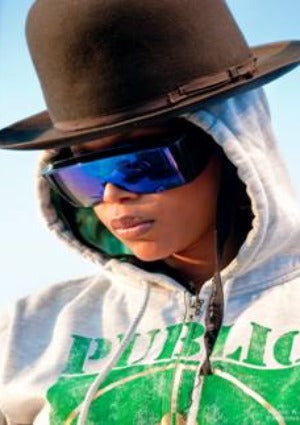 Erykah Badu is finally ready to offer us a taste of what she’s been cooking up. Badu has released the first single, “Window Seat,” from her forthcoming album, “New Amerykah Part Two: The Return of the Ankh.” Produced by Badu and James Poyser (with ?uestlove on the drums), “Window Seat” is now available via iTunes and www.erykahbadu.com. Led by the infectious single and video, “Honey,” Badu’s last album, “New Amerykah Part One: 4th World War” was released in February 2008. By her own admission, the multi-platinum-selling Grammy winner has done some soul-searching since that time, which will be reflected on the new project. “With Part One, I was standing at an apex, looking at what was going on around me politically, socially, and economically,” she says. “With Part Two, I’m hovering over me, looking at what’s going on inside of me.” “New Amerykah, Part Two: Return of the Ankh” will be released on March 30. Read more: