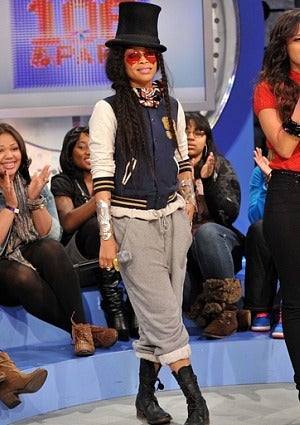 Erykah Badu may have given us the naked truth, but not everybody is ready to hear it, or see it. Following a complaint from a bystander at her video shoot for her controversial latest video, “Window Seat,” the Dallas Police Department has officially charged the Grammy winner with disorderly conduct, a misdemeanor punishable by a $500 fine. The DPD initially said there would be no charges against the Dallas native but changed their tune once 32-year-old Ida Espinosa came forth as a witness to say she was “disgusted” at seeing Badu in the buff while shooting her video at Dealy Plaza. Police will mail Badu a citation and she can choose to fight it or pay the fine. Follwing the announcement, Badu seemed to take the news in stride. She tweeted, “One dollar for every New Amerykah product sold at Good Records [in Dallas] tomorrow will go towards my bail money. (Kidding) but I’m just saying.'” Read More: