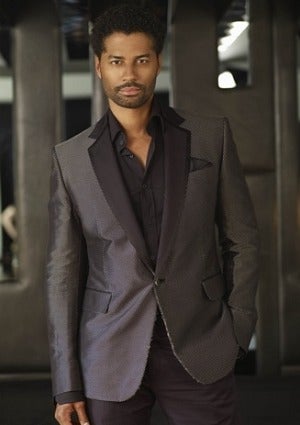 Eric Benet hasn’t forgotten where soul music originated. His new album, “Lost in Time,” blends live instrumentation and his sultry voice to recreate that classic R&B sound that’s missing from the radio these days. ESSENCE.com caught up with Benet to discuss why he decided to go old-school with his sixth album, and how he feels about constantly being asked about his ex… ESSENCE.com: Tell us the back story of your latest album. ERIC BENET: I feel like “Lost in Time” is a record that has taken my whole career to get to. For one, if I can humbly say so, I think it’s so deep and well-rounded, but also because record labels aren’t always so willing to break off a budget and let an artist do what they want to do in this climate. I was actually signed in 1995 and it had taken up until my last record, “Love and Life,” where I went into the [label] president’s office and I was like, “Look, give me a budget, let me go make my album” — and he graciously agreed. With “Lost in Time,” it is a pretty daunting task to make a record that has live strings and horns, and everything is played live, in an ever-shrinking economic climate. They had the faith in me as a songwriter and producer. ESSENCE.com: Why did you decide to go for an old-school retro sound? BENET: I felt it was important for me to make a record like this because I listen to the radio and there are some pretty strong, dope artists out there, but there’s something missing. It’s almost like an authenticness to the craft has been lost — and it probably has a lot to do more with how electronics and technology has taken a lot of the soul out of soul music. I make soul music. ESSENCE.com: So no auto-tune and dance songs for you? BENET: [laughs] When I listen to what is considered R&B nowadays, which means rhythm and blues, it’s so computerized it’s almost sterile — it’s soulless. It’ll have a great kick pattern with someone doing some crazy vocal acrobatics, but the thing is not alive. It’s interesting that when someone chooses to do something that is full of live instrumentation, it’s kind of chucked into another category which is called alternative R&B or something. ESSENCE.com: Looking back on your career, what would you say? BENET: I feel blessed. Realistically, if you think about it, the average lifespan of an artist is five years, and I’ve been at the same record label for 16 years now. For me, to be able to give my daughter a life, and give to my family, and have a roof over my head and for people to connect with something that I’ve written, I’m just blessed. And I think the older I get, the benefit of wisdom, is that I think I’m even more grateful. ESSENCE.com: You’ve obviously moved on with your life, but what’s it like to always be asked about Halle Berry? BENET: I think it kind of goes along with the territory of being a public figure. I’m gratefful that those questions are no longer the first or second question. When “Sometimes I Cry” came out, I read the blogs and people were like, “When’s he gonna get over that?” The first thing that goes through my mind is “I have, but you haven’t.” People have associated me with this one big relationship in my life, but I’ve had a few equally important relationships in my life. ESSENCE.com: You look great for 43, by the way. BENET: [laughs] I gotta thank my mom, she got them genes. I think it has to do with living a healthy life. I don’t think there’s any way that you can do as much traveling as I do and still try to put drinking and smoking on top of that and still have a healthy temple. Eric Benet’s new album, “Lost in Time,” is out today.