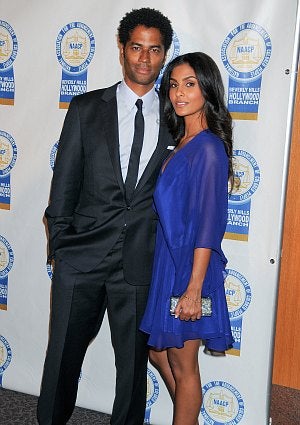 While people still talk about that other marriage Eric Benet had with a certain Hollywood starlet (ahem, Halle Berry), the R&B crooner has clearly moved on with his life, and found new love. Benet, 44, recently proposed to his girlfriend of three years, Manuela Testolini, reports Us Magazine. “They are engaged and very happy,” a rep told Us Magazine.

Here’s to new beginnings. Congrats to the beautiful couple!