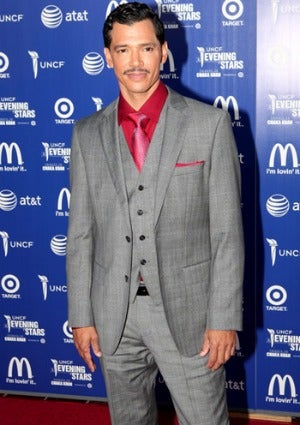 Eighties heartthrob El Debarge may not look like he’s been to hell and back, what, with his still youthful face, jet-black hair and sparkling smile, but he’d be the first one to tell you he has. The former lead singer of his family group Debarge — once touted as the second coming of The Jackson Five – says it wasn’t the hope of reclaiming the Billboard charts that kept him going the two years he spent behind bars for drug possession; it was the hope of reclaiming his mind. “When I was on that long drug binge that God saved me from, I didn’t really have any career plans because my mind wasn’t clear,” says the 49-year-singer of his 22-year battle with crack and heroine. He caused a major ruckus during his comeback performance at the BET Awards this past June, having just been released from a California state prison. “I just wanted to be off drugs and be healthy again. Once I figured out how to do that I was like, ‘Man, I’ve gotta get back to a microphone and start recording.” The singer – famous for his feathery falsetto and R&B classics like “I Like It” and “All This Love” – poured his heart into the first single and title track of his new album “Second Chance,” out November 30. His first recording in 16 years, Debarge says the lyrics “I have changed / But take the blame/ For all the words left and spoken through the pain” describe his spiritual journey back from the brink. “Those lyrics were living inside me throughout my life,” admits the divorced father of ten, who was also arrested for domestic violence in 2007. “I just had to try and fit one big message into a 3-4 minute song. ” Clean for two years, Debarge says he’s in no danger of relapsing since the taste for drugs is now out of his system. “I didn’t get on drugs for any other reason than I liked the way they made me feel,” he says. “It didn’t have anything to do with any problems I had; I wasn’t stressed out or anything. It’s just that a long time ago I said, ‘Let me try it,’ and you know, [the drugs] threw me a left hook.” Buoyed by the support of his family, the crooner and aspiring actor embarked on a nationwide tour with Mary J. Blige earlier this month. He’s also attempting to facilitate a reunion with the remaining members of Debarge, pointing to upcoming albums by brother Chico and niece Kristinia as proof the Debarge name is stronger than ever. “Oh no, it’s not over,” he promises regarding his return to the spotlight. “It’s only just begun.”