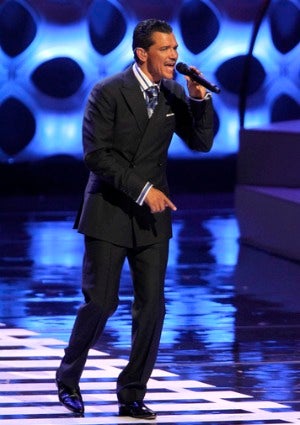 After spending 13 months, 19 days and seven hours in prison for a 2008 possession of crack cocaine conviction, El DeBarge is free. It’s not the kind of freedom that comes from the absence of bars and locks, but from a clear mind and and peaceful soul. The celebrated lead singer of the ’80s R&B group DeBarge, Eldra Patrick DeBarge says while in prison God delivered him from drugs and taught him the importance of believing in himself… “Everybody felt good about El DeBarge, except El DeBarge,” says the 49-year-old with the sweet falsetto. DeBarge sure felt good about himself at this summer’s BET Awards where he, easily the standout performer of the night, belted out hits like, “All this Love,” “I Like It” and “Time Will Reveal.” On his new album, “Second Chance,” DeBarge teamed with super producers Babyface, Jimmy Jam and Terry Lewis to make timeless soul music that has become synonymous with the DeBarge family. “Freedom is nothing but a chance to be better,” French novelist Albert Camus once said. So, yes, El DeBarge is free. Free indeed. ESSENCE.com: Since you’ve been gone, dark-skinned men have taken over. Now that you’re back, are you going to make light-skinned men popular again? EL DEBARGE: (laughs) If you want me to, baby, I’ll make light skin popular again. ESSENCE.com: It’s been about 16 years since your last album. Why the comeback this year? DEBARGE: Because God finally rescued me from drugs. I would’ve done it whenever God rescued me. I needed His help and he had to help me. And He did. ESSENCE.com: Your new album is entitled “Second Chance.” What does the title mean to you? DEBARGE: Second chance means I can stand here, talk to you and have the blood running warm in my veins. I can think clearly. I can feel joy, laughter, love and even embrace all my struggles with a sober mind. I can stand before you and be a testament of God’s love, mercy and grace ESSENCE.com: What was the void you were trying to fill with drugs? DEBARGE: I had no void. God has been God in my life ever since I can remember. It was just the human aspect of me that was curious. I thought ‘Hey, I’ll try some crack cocaine.’ And it took me 22 years to un-try it. The devil is busy and trying to distort and adulterate the things that are the pure essence of God. I respect what you’re saying because people do use drugs to fill a void. But I went into a void when I did drugs. I knew from the first hit, it felt so evil. I said ‘Uh-oh, this is bad. My continued prayer was, ‘God please save me from this. He said, ‘Not only will I save you, but I’ll do it at a time when your second chance will be a testament to many.’ ESSENCE.com: While you were in prison, away from everything, what did you learn about yourself and your addiction? DEBARGE: I learned most of all that I needed my willpower back. And God strengthened me and taught me who I am in Him. He taught me that not only do I need to have faith in Him but I need to believe in myself again. It is the triumph of the human spirit , because of all the treasures and virtues He’s instilled in me, that I can sing on a stage and in the studio and bring love to the world again through the voice of my music. ESSENCE.com: How do you plan to stay sober now that you’re back in the spotlight? DEBARGE: I have a new drug. L-O-V-E. Love. That’s my sobriety plan. ESSENCE.com: Was your family supportive of your return to music? DEBARGE: I could not have anything less than 100 percent of their support. They told me, ‘El, you do you. We got you. We’ll let you know when we’re ready to hit the stage with you.’ ESSENCE.com: Do you ever get tired of performing “Rhythm of the Night”? DEBARGE: (laughs) I never get tired of Rhythm of the Night. I sing it because you all want to hear it and if that’s what makes you feel good, then I’m doing what I’m supposed to be doing. El DeBarge’s “Second Chance” is out today. What’s your favorite El DeBarge song?

The Best Dressed Celebrities At The 2022 amfAR Cannes Gala

Get Your Brand Noticed By New People Every Day​

Anthony Anderson On The Mark He's Made On TV And The Impact ...

Colin Kaepernick Worked Out With The Las Vegas Raiders But N...