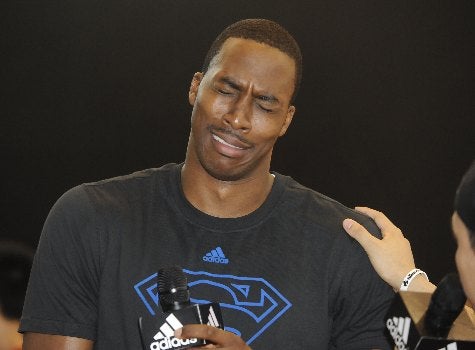 There’s more drama with “Superman” Dwight Howard and his “Basketball Wives” star-baby’s mother Royce Reed. Howard, 24, claims Reed, 29, owes him at least $500,500,000 for bad-mouthing him in the media, according to TMZ. Howard filed legal documents that claim Reed violated their court agreement when she blew him up in the press at least 11 times. “Howard explains that if the leaked stories reached 1,000,000 people — a safe estimate given that the stories were posted all over the internet — the damages should add up to $500,500,000 based on the terms of their previous agreement,” TMZ reads. Isn’t asking for $500,500,000 from your baby’s mother just a little excessive?