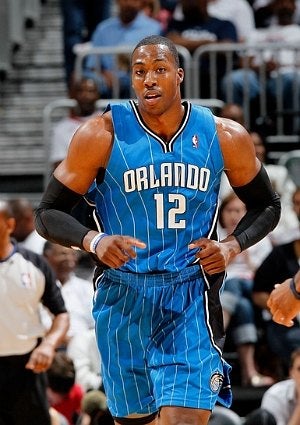 Dwight Howard’s ongoing custody drama with ‘Basketball Wives” star Royce Reed took a turn for the worse when the basketball star picked up his 2-year-old son from daycare without notifying Reed, reports TMZ . Reed notified the police, who ordered Howard to return the child to daycare promptly. According to Reed — who is barred from saying Howard’s name publicly — their custody agreement didn’t allow Howard to pick up the child that day. Lawyers for both sides agreed that a new custody arrangement had been discussed but never signed. Like most bitter custody dramas, the battleground seems to be 2-year-old Braylon. While Reed had every right to “freak out” after her son was removed from daycare, could there have a been a better way for both adults to handle the incident? What do you think?