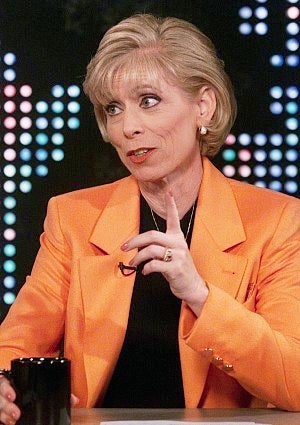 The N-word has dubiously found its way into the national conversation yet again. So far this year, we’ve had now-infamous outbursts from the likes of singer John Mayer and actor, Mel Gibson. This week, radio talk show host Dr. Laura Schlessinger and “Army Wives” producer Mark Gordon entered the fray with their own outrageous N-word rants. On her talk show this week, Dr. Laura used the N-word 11 times in five minutes during a conversation with a Black female caller who complained about her husband’s racist friends and asked Schlessinger whether it was ever okay to use it. “It depends how it’s said,” replied Schlessinger. “Black guys talking to each other seem to think it’s okay.” “But you’re not Black, they’re not Black, my husband is White,” rebutted the caller. Schlessinger then went on to defend her use of the word by saying that “Black guys use it all the time:” “Turn on HBO and listen to a black comic, and all you hear is n****, n*****, n*****. I don’t get it. If anybody without enough melanin says it, it’s a horrible thing. But when Black people say it, it’s affectionate. It’s very confusing,” she said. Dr. Laura has since posted an apology on her website saying that what she did was wrong and that she was trying to make a philosophical point. “Army Wives” producer Mark Gordon is also in the hot seat after using the N-word twice during a table read for the show while actresses Gabrielle Union and Wendy Davis looked on, reports media insider Nikki Finke. While acting out a scene where one character puts a gun to another character’s head, Gordon said, “I’m going to kill you n***… n***.” “It shocked everyone in the room, “especially Union and Davis,” an eyewitness tells Finke. Gordon has since issued a statement apologizing for what he calls a “lapse in judgement.” What gives, America?
Loading the player...