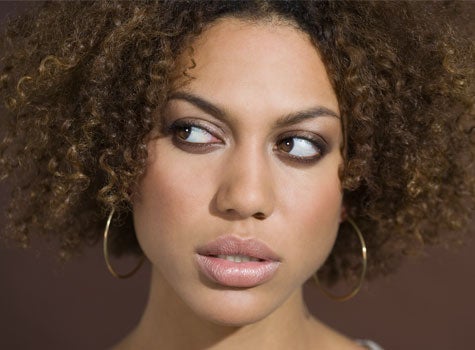 I’ve been wanting to write on this topic of men on the Down Low for a while. Before you go there, NO, I have not, to my knowledge, been involved with a man on the DL, so fortunately, I don’t have a Terry McMillan story. But the very definition of “down low” is when a man secretly engages in sexual relationships with other men. As the key word here is secret, do we ever really know?

This idea originated from a discussion I had with some friends at brunch one leisurely Sunday afternoon. We were sitting around the table after our meal, talking about relationships, when one of my male friends, who I thought was gay, revealed that he had been sleeping with women. Alarmed, I asked if he had informed these women that he was also having sex with men, and he looked at me with what I’ll describe as a cross between shame and confusion, and shook his head “no.” What shocked me even more was what happened next: I asked why he’d failed to disclose this, and he said he didn’t think it was important to disclose his sexual proclivities to a woman so early in the relationship! “But wait, you can have sex with them so early in the relationship,” I exclaimed! “So when do you feel that it is the appropriate time to tell a woman that you also sleep with men?” I asked. He told me he’d disclose this to a woman after about three months.

This is not an uncommon phenomenon. Although we’ve all read the novels, heard the allegations about this man or that man in the entertainment or sports industry being on the DL, this hit disturbingly close to home. This was my boy, and if I weren’t convinced that this was a problem before, as I sat at that table, I realized that it is more than a faint possibility that this could happen to any of us. Sadly, this is always at the forefront of my mind when I meet any man, and unfortunately, most women won’t ever find out the truth, until, maybe it’s too late.

Later, I tried to research the statistics. But not surprisingly, there isn’t much information on men on the DL because most of these men classify themselves as straight. But let’s be real; by the very nature of the act of male-on-male sex, the man is more than likely gay, and by the very nature of the definition of DL, he is certainly bi-sexual. To quote a phrase from a Seinfeld episode, “Not that there’s anything wrong with that,” but give me the heads-up and a choice. I would say the same thing and feel the same way if I found out that the guy I thought was my man turned out to be married.

The issue that I have with a man on the DL is two-fold. Firstly, relationships are supposed to be built on honesty. Lying by omission is no less offensive than lying by commission; a lie is lie. He is concealing a principal part of his identity. And by definition, engaging in sexual relations with anyone, let alone another man outside of a relationship, makes him not only a liar, but a cheater as well.

Secondly, and most importantly is the increased risk of exposure to HIV. Black women comprise close to two-thirds of the newly contracted HIV cases and the large majority of those women, nearly 80 percent, contract HIV from their “heterosexual” partners. Black men primarily contract HIV through same-sex intercourse. Although the Center for Disease Control states that only a small number of men contract HIV through bisexual contact and pass it on to women, how do they really know? Most Black men are reluctant to classify themselves as bisexual, and there certainly is no category for “Down Low.” So I’ll let the statistics speak for themselves and extrapolate, then, that a large majority of the women are contracting HIV from their so-called “straight” partners. I’ll even go out on a limb and take it one step further and surmise that a great majority of those cases are passed to women by men on the DL.

I am not trying to alarm anyone here, I am simply pointing out the obvious; something we all know, that DL behavior is putting innocent women at risk. After that conversation at brunch, I felt compelled to use this real estate on ESSENCE.com to speak out and implore these men to be honest with women, and if not, leave us alone. I am not making a judgment call on one’s sexual behavior, that it’s everyone’s individual choice, but when they are jeopardizing our lives with lies, they deserve to be called out. I had this same conversation with my friend at brunch, and I don’t know if it made a difference, all I can say is what I am saying here — I’m trying.