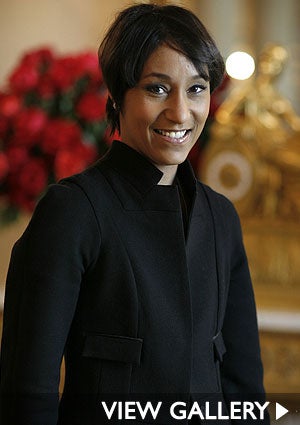 Linking  White House Social Secretary Desiree Rogers and ‘cheetah’ Tiger Woods in a recent New York Times op-ed is ridiculous. Columnist Maureen Dowd launched a scathing, condescending verbal battle that accused Desiree of “being goofy” and “looking weaker” because she couldn’t accept blame for her brand.
Tiger deserves scrutiny and criticism as he attempts to sort out his personal life. Enough has been said, implied and parodied
Desiree Rogers does not warrant the castigation of her character that is currently happening. To tie her responsibility for the embarassing episode at the White House State dinner to Tiger Woods immoral behavior is unfair and unwarranted.
One was a crisis of commonsense. There should have been social secretary staff at the checkpoints. The other was a crisis of conscience.
When faced with a public or private crisis, responses are varied. There is a choice of silence, defensive explanations or complete avoidance. The selection of one over the others does not provide insight into personality or character. Until aware of the origin of their silence, speculation is damaging.
So, what do we really know about Desiree’s response to the situation. She answered honestly to the media that there was not any one from her staff at the checkpoints. Her recent “stonewalling” is not due to personal priviledge as implied by Maureen Dowd, but obviously on the advice of the White House.
Dowd’s personal attack on the brand of Desiree Rogers should be an affront to black women. Desiree Rogers is a confident, beautiful Harvard trained business woman, whose ability to blend social networking with attitude, aptitude and intelligence should be front and center. She should not have to apologize for that nor be compared to a selfish, over-indulged professional athlete.
We need to stand up for her brand. Branding consists of experience, information and expectations as well as truth.
I will admit, I was disapointed that she did not testify to Congress. She could have been an example of transparency and how to “show up” in the face of confrontation.
That being said. I support Desiree. We all should. She represents us.