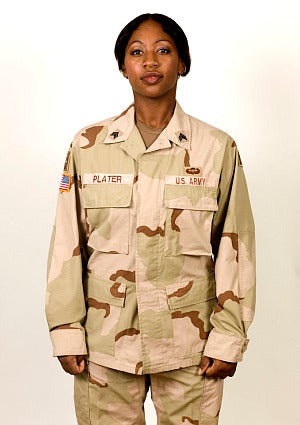 The hotly-contested debate surrounding the military’s controversial “Don’t Ask, Don’t Tell” policy (which forbids gay men and women in the military to disclose their sexuality) has lately resurfaced because the Obama administration’s recommendation that it be overturned. A report from The Task Force, a gay rights group,  and data from the Pentagon found that Black women were disproportionately affected by the policy. According to the last Census, Black lesbians serve in the Army at 11 times the rate of most women. Pentagon data shows that Black women are discharged through “Don’t Ask, Don’t Tell” at three times the rate that they serve in the military. And though they make up less than one percent of the Army, Black women make up 3.3% of those discharged under the policy. “Black lesbians in the military are often mothers, so a discharge means unemployment, loss of health care benefits for children,” writes The Grio contributor Rod McCullom. “This is a real threat to the black family.” Read More: