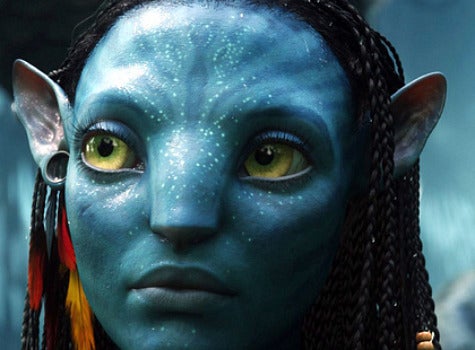 “Avatar” may be number one at the box office, but on the blogosphere and Twitter the buzz is growing about the film’s supposed racist subtext.

The premise of the movie is simple and somewhat familiar: a White man goes and lives with the “natives”, learns their ways and somehow becomes their leader. If it sounds familiar it may be because the theme has been visited in movies like Kevin Costner’s “Dances with Wolves” and last summer’s South African sci-fi “District 9” says writer Annalee Newitz on the sci-fi blog I09. Newitz calls the all too familiar plot “a fantasy about race told from the point of view of White people.”

In films like ‘Avatar’ she continues, “Humans are the cause of alien oppression and distress. Then, a White man who was one of the oppressors switches sides at the last minute, assimilating into the alien culture and becoming its savior.”

Will Heaven of the Telegraph questions why the Na’vi (the blue skinned “natives”) wear African jewelry and dreadlocks and are voiced by Black actors like Zoe Saldana, Laz Alonso and C.C.H. Pounder. “The ethnic Na’vi,” he writes, “need the White man to save them because, as a less developed race, they lack the intelligence and fortitude to overcome their adversaries by themselves.”

On Twitter, where “Avatar” continues to be a trending topic, conversations are not steering clear of the race issue. “Which is more racist, avatar or HP computers?” tweets one “Dr. Cop.” “Why would I go see Avatar?” tweets screen name Savage575, “If I wanted to watch a racist, badly written, poorly directed, FX masterpiece I’d just watch ‘Stars Wars’ again.”

Have you seen “Avatar”? Do you agree that it’s revisiting racist themes?