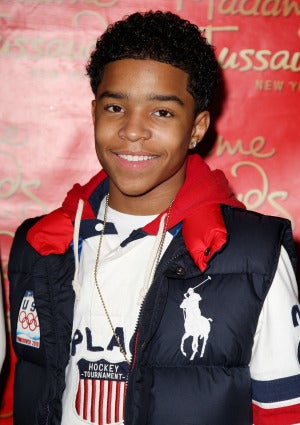 Whether he was making his first cameo, as a baby, in Craig Mack’s “Flava in Your Ear” remix video or later, posing in ads for his dad’s clothing line, it seems that we’ve all watched Diddy’s son Justin Combs grow up before our very eyes. Tonight, young Combs will be the guest of honor as his dad throws him the ultimate 16th birthday party in New York…and everybody knows that Diddy throws down. Along with an enviable guest list – think Snoop Dogg, Fabolous, Lil’ Kim, Cassie, Lauren London, Floyd Mayweather, Dwyane Wade, Allen Iverson, Chris Paul, Shaquille O’Neal, Tracy Morgan, Mike Epps and many more – the night will include surprise musical performances. If by chance your invite got lost in the mail, don’t fret. MTV will be in the house to tape the festivities, which will air as part of their “My Super Sweet 16” series in March.