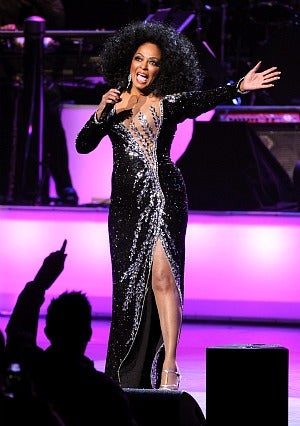 Only the likes of Op rah Winfrey could get a diva like Diana Ross to step out and make a rare TV appearance. Being that this is the final season of “Oprah Winfrey Show,” Ross is set to offer up a live performance in the talk show queen’s honor on February 25.

Ross, 66, will sing her timeless hit, “I’m Coming Out,” before sitting down with Winfrey for her first interview with all of her five children — Rhonda Ross Kendrick, Tracee Ellis Ross, Chudney Ross, Ross Arne Naess, Evan Ross — and her grandson — Raif Henok Emmanuel Kendrick.

Who better to celebrate the pioneering show than a groundbreaking entertainer and her talented kids? The former Supremes lead singer won’t stop in Chicago for long. Currently on her national “Now” tour, she’ll be taking off to the southern and eastern states right after the show. First stop — Choctaw, Mississippi.