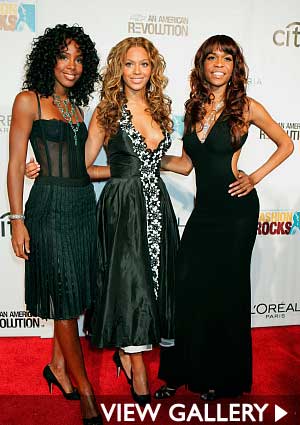 Remember that steamy lap dance Beyonce gave actor Terrence Howard at the 2005 BET Awards? Turns out the song they were singing “Cater 2 U” got Michelle Williams, Kelly Rowland and Beyonce in hot water with a Chicago-based singer named Rickey Allen.

In court papers filed in 2006, Allen accused the group of stealing his song, down to the title and spelling. The group settled the lawsuit this week instead of going to Chicago Federal Court, according to court papers. The terms of settlement have not been disclosed.