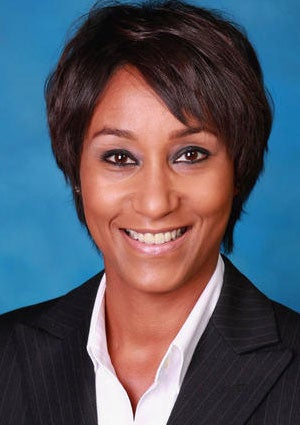 UPDATE: Statement from the President and the First Lady on Desiree Rogers “We are enormously grateful to Desiree Rogers for the terrific job she’s done as the White House Social Secretary.  When she took this position, we asked Desiree to help make sure that the White House truly is the People’s House, and she did that by welcoming scores of everyday Americans through its doors, from wounded warriors to local schoolchildren to NASCAR drivers.  She organized hundreds of fun and creative events during her time here, and we will miss her.  We thank her again for her service and wish her all the best in her future endeavors.” _________________________________ Things were rocky there for a while for White House Social Secretary Desiree Rogers, under fire last November after a Virginia couple managed to crash the State Dinner. Critics blamed the security breach on Rogers for failing to assign a staff member to stand at the Secret Service gates with the guest list and for apparently attending the glamorous dinner as a guest herself. But it mostly blew over with time. With the exception of Rogers’ presence around the White House being more low-key and less “fabulous,” social events went on as usual. Until today. According to reports, Desiree Rogers will step down as Social Secretary next month. No details yet on what’s prompted Rogers to leave, but for now the surface appearance is one of an amicable departure. “As we turn the corner on the first year,” Rogers told the Chicago Sun-Times, “this is a good time for me to explore opportunities in the corporate world.” Rogers has presided over 330 events and has executed the Obamas’ goal to open up the White House and truly make it “the people’s house.” And as a close friend of the Obamas from Chicago, she was one of the first appointees made after the 2008 election. Read more: