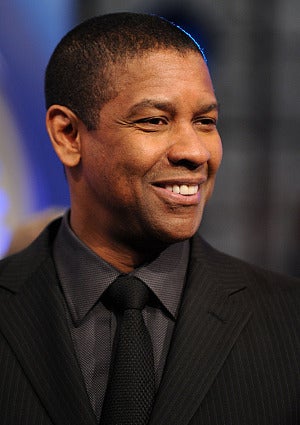 If Denzel Washington has his way, fans will soon see a whole lot less of him on the big screen. Not that the two-time Academy Award winner plans on retiring from movies; it’s just that after more than three decades in Tinseltown he’s itching to take up residence on the Great White Way. So he’s flipped the script on his career: Washington–who stars in the Broadway revival of August Wilson’s “Fences,” which opens today–says now his first priority is doing theater, then directing movies and finally, starring in them. “I never planned on going to Hollywood,” explains the 55-year-old Mount Vernon, New York, native of the transition. “I started out in the theater, acting at [New York City’s] Lincoln Center and [my alma mater] Fordham University. It’s what I’ve wanted to do since I got into this business. This is just the right time [for me] to get back to doing what I love.” The actor’s third appearance on Broadway since 1988’s “Checkmates,” followed by 2005’s “Julius Caesar,” Washington says “Fences” set the perfect stage (pun not intended) for his theatrical comeback. “This play is a masterpiece,” he raves of the dramatic tale of a middle-aged sanitation worker living in 1950’s Pittsburgh who gets caught in a web of marital drama. “It’s won a Pulitzer prize and every other award imaginable. It’s fun and it’s brilliant and August Wilson structured it in such a way that the story really [pulls] you in.” The provocative production–made famous in 1987 by James Earl Jones and Mary Alice–also features an impressive supporting cast, including renowned theater maestro Kenny Leon and Washington’s Academy and Tony Award-nominated co-star, Viola Davis. Davis says she hopes the quality storytelling will win over more Black theatergoers. “I’d like [Black people] to come to ‘Fences’ not just because of Denzel Washington and Viola Davis,” she says, “but because they have a love of the theater. I want them to come with an aesthetic, with an understanding of the play and what it takes to create that play–those are the things that will keep [us] coming back.” Both Davis and Washington have new films on the horizon as well. She stars in the highly anticipated “Eat, Pray, Love” opposite Julia Roberts in August, and Washington recently finished production on the film “Unstoppable,” out this Fall.   Related stories:
Loading the player...