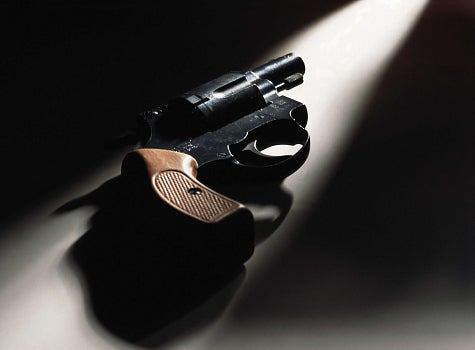 The news was horrific: a 13-year-old Chicago boy shot 22 times while riding his bike. But how many of us paused for more than a few minutes to consider Robert Freeman’s lonely passing from this world on July 28? It was just another heartbreaking murder in a tragic season of violence among our youth, our boys, our men… While wrenching murders have occurred around the country this year — remember little Aiyanna Jones, the 7-year-old Detroit girl shot by cops when they raided her home? Chicago has been the epicenter for violence. In one bloody June weekend, 54 people were shot, including a baby grazed by a bullet. This, despite the best efforts of a group of women who have taken to the streets to save their community. Dorothy Davis is a leader of The Deborah Project, which formed this spring after six men were gunned down in on the city’s South side. “People are becoming desensitized,” she said. “We can’t let that happen.” Her group has marched through neighborhoods, patrolled subway trains and street corners, and began mentoring programs for girls. “At Mahalia Jackson School, one boy had three girls pregnant. Girls were coming to school with butcher knives to defend themselves,” Davis says. “You need troops, warriors to confront these issues.” The project, named for the Biblical prophet, comes at a time when Chicago’s violence is approaching levels not seen since the cracked-out 1980s. “It’s as bad as worse,” says Davis. “Somebody’s mother is crying. How could anybody not care? It takes a lot of courage. That’s what we need now.” Bob Meadows is Deputy Editor at ESSENCE